All Original Art (all art on this site has a corresponding Original work of art available!) at Special Gallery Sale Prices! Contact me directly. 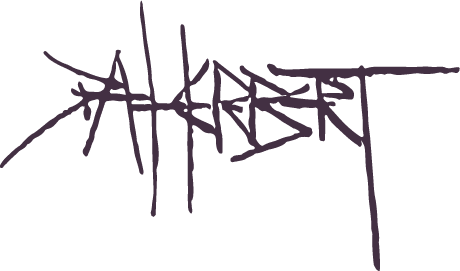 Your shopping cart is empty.

Your shopping cart is empty.

I was privileged to be one of seven Florida artists invited to paint a "Cracker Bull" with our own interpretation of a unique aspect of the states' history. And that artistic challenge? Create a public art piece that can be shared around the state to promote the Great Florida Cattle Drive of 2021.

500 years ago, Spanish explorer Juan Ponce de Leon landed in Florida in 1521 with a herd of seven steer, some horses and an exploration team. The men soon departed...filled to their hat brims with stories of the newly discovered tropical and untameable land. Interestingly ...they left the cows and horses! Those Spanish steer and horses became the foundation for Florida's hardy breeds...the Cracker Steer and Marsh Tackie or Cracker Horse. And the first American Cowboys!

I chose to interpret the historic influence of this event through a multi-cultural representation of those who worked with and owned these tough steer. Equally hardy, good businessmen and savvy cowboys...the Seminoles, Black, Hispanic and Caucasian cowboys all lived on the tough pine, prairie and marsh land.  These "Cracker Cowboys" were also called "Cow Hunters".   Working side by side, commonalities were more prevalent than differences. Also represented are Florida native birds and mammals, and the Great Seal of Florida.

"Stew" will join the other six painted bulls touring Florida in 2021. In the meantime, he resides at The Florida Cracker Kitchen Restaurant in Brooksville, Fl.!

The hands of Myakka City's Deb Herbert launched into a rapid-fire, mini-clap, right in front of her smiling face, as a visitor noticed the "sculptural" quality of the subject horse in one of her paintings.

Herbert beamed as she explained what went into that particular work, its 3D quality and why it is so special to her. Upstairs in the log cabin she shares with her husband Bill, she is surrounded by what could best be compared to a museum storage room's worth of artwork.

Her paintings are everywhere, but not positioned well enough to be on display. They are tucked away behind each other, although slivers of the subject matter allow her to identify each particular work without too much of a search.

Three years into retirement from her career as a Sarasota County Schools fine arts teacher, this was supposed to be a big summer for Herbert and her new career as an entrepreneur. She was going to travel to several equine events in order to show her artwork and to make connections that would hopefully lead to commissions for her Hearthstone Studio. Then came COVID-19.

What: Artist who specializes in equine, cowboy culture, animal and landscape themes

Former job: Retired in 2017 after 34 years with Sarasota County Schools; last six years of her career at Booker Middle School in the Visual Performing Arts program

The events were cancelled, and Herbert's inventory kept growing ... and growing.

"If nobody buys these, I will need to buy a storage unit," Herbert said with a laugh.

If Herbert lacks storage space on her 5.25-acre ranch, well, it's her own fault. Her passions are divided between her love of painting, cowboy culture, and horses and other animals. The current count on the ranch is three horses, one mini horse, four dogs, one indoor cat and a fluctuating amount of chickens and barn cats.

The log cabin itself is more filled than cluttered. Her passions are displayed on the walls, as each piece has been meticulously placed. Bucking that organization is a television parked in front of the living room fireplace, but she quickly explains that one.

"That's Bill's thing," she said with a laugh.

A retired school teacher himself, Bill Herbert no longer adds to the art inventory since he has his own passions, such as watching documentaries and the motorcycles he has in the barn. Deb Herbert shares that passion with him, too, as she has had her own legion of motorcycles, but now toys mostly with an off-road vehicle that looks more like a snowmobile than the usual ATV.

But when Bill Herbert turns on the TV, his wife retreats to the upstairs studio or a second studio in the barn area that doubles as a tack room. In that second studio are saddles and other tools of the cowboy trade, whether in real life or on canvas.

What becomes evident is that Deb Herbert doesn't have enough hours in the day to pursue her interests.

The pandemic has robbed her of cherished time to connect with those at horse shows who share her appreciation for art, horses and the cowboy way of life. She is antsy to get back on the trail to make those connections.

Her love of art, and horses, began during her childhood in Boca Raton. Although her father, Ray Backes, sold his paintings in retirement, he didn't light young Deb's fire in terms of art. In fact, she never knew her dad was an artist or that a painting of horses that hung in their home was created by her dad until she was older.

Instead, the seeds for her appreciation for horses and art were planted when her grandmother would take her just outside of Palm Beach to polo fields in an area now known as Wellington.

"I was amazed by the athleticism of the horses," she said. "And in between chukkas I would see paintings of artists like Edgar Degas."

As she began to pursue art, Degas, a French artist who specialized in painting horses, jockeys and ballerinas, became her idol along with the Dutch painter, Rembrandt, who was known at least partially for his brilliance in painting animal scenes and landscapes.

She said both masters made every stroke important, and she now enjoys such a challenge herself.

"I try to convey emotion and mood, and I do it through colors," she said. "I've been told I can render the spirit of a horse."

Her own spirit burns as bright as her paintings. Her work can lean toward impressionism, and while she often paints from reference photos, whether taken by herself or someone requesting a commissioned work, her finished product isn't an attempt to produce a carbon copy in oil. While the subject often has that "sculptural" quality, strokes are used to blur the surrounding reality. It allows the viewer to use his or her imagination to complete the scene.

When she explains her intentions with a painting, her school teacher enthusiasm, combined with her artist passion, bubbles over.

Her passion is fueled not only by the artistry, but the history of her subjects. She talked about her love of the cowboy culture and wild mustangs, how explorer Ponce de León brought horses and cattle to Florida and then left them behind (now cracker cattle and horses), how Florida landscapes have 1,000s of greens, and how morning is misty sunrise time.

"There is an ethereal beauty to the cowboy culture," she said. "And we have an insanely green setting."

She thought she was "the richest person in the world" when she sold a landscape painting at age 18, but she never thought of herself as an entrepreneur until a year ago. Now she has to deal with the not-so-fun side of a business, in dealing with a depleted market due to the pandemic. She had lined up several show horse events at Fox Lea Farms in Venice along with other events in Ocala and Tampa, that never happened.

But the smile and passion remains.

"When you are an artist, it's part of your personality," she said. "It comes out of you."

Now that's something to clap about.

The presence of this badge signifies that this business has officially registered with the Art Storefronts Organization and has an established track record of selling art.

It also means that buyers can trust that they are buying from a legitimate business. Art sellers that conduct fraudulent activity or that receive numerous complaints from buyers will have this badge revoked. If you would like to file a complaint about this seller, please do so here.

This website provides a secure checkout with SSL encryption.

The Art Storefronts Organization has verified that this Art Seller has published information about the archival materials used to create their products in an effort to provide transparency to buyers.

This is only visible to you because you are logged in and are authorized to manage this website. This message is not visible to other website visitors.

Below, select which favorite lists you would like to save this product into.

SAVE 15% ON YOUR FIRST ART PURCHASE!

Enter your email below and we'll email you a 15% OFF Coupon right now!

This offer is valid for NEW CUSTOMERS only!